CHILTERN AND SOUTH BUCKS LOCAL PLAN LIKELY TO BE WITHDRAWN

At its meeting on 21 October Buckinghamshire Council will consider a proposal that the local plan published by the two former district councils should be withdrawn, and replaced by material in the new Buckinghamshire Local Plan, which it is hoped to produce by 2024.

The reasons for this proposal, and an analysis of the consequences, are in the attached report (PDF) prepared for Buckinghamshire Council’s meeting by the council officers.

Once a decision is taken, the coordination group of the parish council and the community association will consider the consequences for our campaign to protect Little Chalfont’s Green Belt land threatened by development, and prepare advice for the community.

The Inspectors have written to the Council to raise concerns about the Council's compliance with Duty to Co-operate requirements when preparing the draft Local Plan, and the Council has responded.

The Examination in Public (EiP) hearings, which were to last for 2 weeks from 17 March, have been cancelled as a coronavirus precaution.

No new date has been set. This will mean delay to the Local Plan process.

LOCAL PLAN TO 2036: EXAMINATION IN PUBLIC

The draft Local Plan was submitted to the Secretary of State in September 2019. He appointed two independent planning inspectors, Matthew Birkinshaw and David Troy, to carry out an examination of the Plan to determine if it is ‘sound’.

It was hoped to begin public hearings - the ‘Examination in Public’ (EiP) -  in December 2019, but there was some delay and the following programme was finally announced on 28 January. Stage 1 of the EiP will be held at the Crowne Plaza Hotel, Gerrards Cross beginning on 17 March. Stage 1 will consider legal, procedural and strategic issues including the spatial strategy, distribution of growth, housing and employment needs and the principle of changes to green belt boundaries. It will not cover individual site allocations.

In stage 1 the inspectors will be dealing with Chiltern and South Bucks District Councils, the authors of the Plan. However, those councils will be abolished on 31 March. Stage 2 will not begin before May, after formation of the new, unitary, Buckinghamshire Council. The examination of the Plan will then continue with the new unitary council. Stage 2 of the EiP will deal with outstanding matters, including the site allocations, probably in May and June.

For those who wish to follow the process or find more detail about the hearings, the main documents about the EiP can be read on our Key Documents page.  They are:

The Coordination Group, which manages the Parish Council/LCCA campaign against the development at Little Chalfont proposed in the Plan, is considering with its professional advisers what, if any, representation we need at the Stage 1 hearing beginning on 17 March.  It has been confirmed that the inspectors have received the written representations and attachments submitted by the PC/LCCA in response to the public consultation on the draft Plan held last summer. They will also have access to all the individual replies sent by residents. The inspectors will be in no doubt about the strength of feeling in our community.

Parish Council and Community Association send in their Joint Representation

The joint response to the Consultation on the Chiltern and South Bucks Draft Local Plan has today (19 August 2019) been submitted to the councils for presentation to the Planning Inspector at the Examination in Public – the date of which has yet to be announced.

A copy of the Joint Representation, together with copies of the accompanying reports from independent consultants are available to read from the Key Documents page.

The Coordination Group is preparing a detailed response to the Examination in Public.

New leaflet to be distributed this weekend, detailing how to respond

The Coordination Group is publishing a leaflet to be distributed around the village on the weekend of 6th July, to help people prepare responses to the Examination in Public.

The leaflet and the slides used in the recent Village Hall presentations are available now on this website - please click here.

The Community Association and the Parish Council arranged a series of five public meetings at the Village Hall towards the end of June. These were attended by 250 residents, who were updated by the Coordination Group on the current Examination in Public and advised of the need to respond before 19 July.

A leaflet is now being prepared to help people prepare their responses: this will be distributed around the village on the weekend of 6th July.

The leaflet will also be posted on this website. The slides used in the presentation will also be available here in case you were unable to attend the meetings.

What Are the Government Plans, how will this affect our Village Community?

Government planning policy requires proof of ‘exceptional circumstances’ to justify removal of the land from the Green Belt. No convincing case for such circumstances has been produced. Our site performs well against the official purposes of the Green Belt, it is not clear how the plan’s authors selected their ‘preferred options’ (including our site) from the much larger range of Green Belt across the Chiltern and South Bucks which they originally assessed.

In their current ‘Core Strategy’ Chiltern District Council announce their ‘strategic spatial issues’. One is ‘How to Maintain and Improve the high quality environment of our towns, villages and countryside’. How can a small village like Little Chalfont (about 2,800 homes) survive a 25% increase and retain that high quality? In the last few years we have already undergone disproportionate development by comparison with Amersham, Chesham and Chalfont St Peter, with almost 300 homes built at the top of Bell Lane and on the 'donkey field'.

There is no suitable vehicle access to the site.

Present plans are ‘Principal vehicular access to be off Burtons Lane with scope to provide an alternative or improved access to the existing employment uses. Limited access and alteration to Lodge Lane as to retain its country lane character and incorporated into the landscape buffer with the Chilterns AONB’.

Neither road is suitable for the traffic load it would have to take, or as an access for that traffic to the village and main road. The Burtons Lane/A404 junction in the village would become impossibly congested. In our view any access from the development to Lodge Lane would cause Lodge Lane to be heavily trafficked.

IT’S NOT TOO LATE TO STOP THE COUNCIL, BUT YOU NEED TO GET INVOLVED NOW THERE IS STILL TIME TO INFLUENCE THEM

For up to date news and information join the LCCA now!

At its Council Meeting on 21 October 2020, Buckinghamshire Council agreed to the withdrawal of the Chiltern and South Bucks Local Plan and to the Plan proposals to be incorporated within the Buckinghamshire Development Plan, currently being progressed. 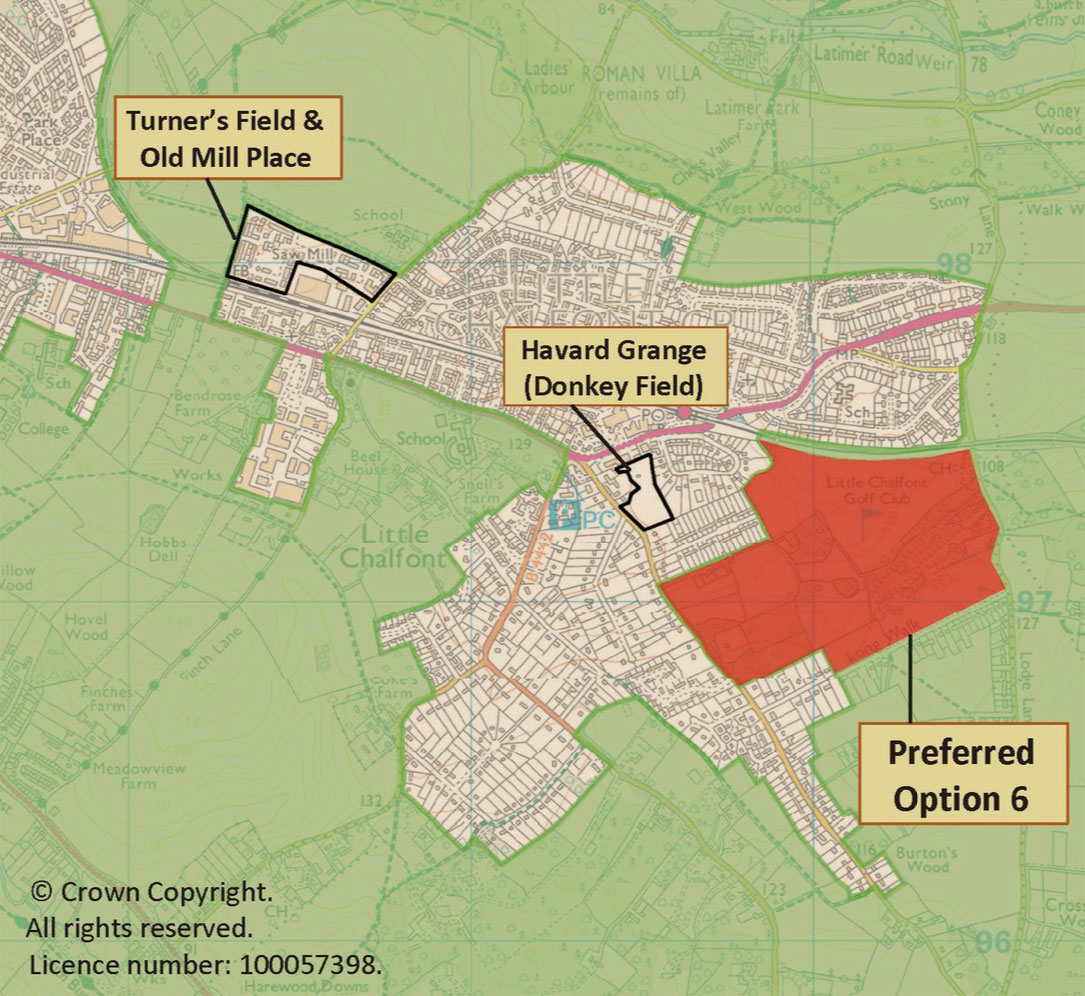 Error: Error validating access token: The session has been invalidated because the user changed their password or Facebook has changed the session for security reasons.
Type: OAuthException
Code: 190
Subcode: 460
Please refer to our Error Message Reference.
Copyright 2018. Web design by Pixel Bakery Ltd
This website uses cookies to improve your experience. We'll assume you're ok with this, but you can opt-out if you wish.Accept Read More
Privacy & Cookies Policy