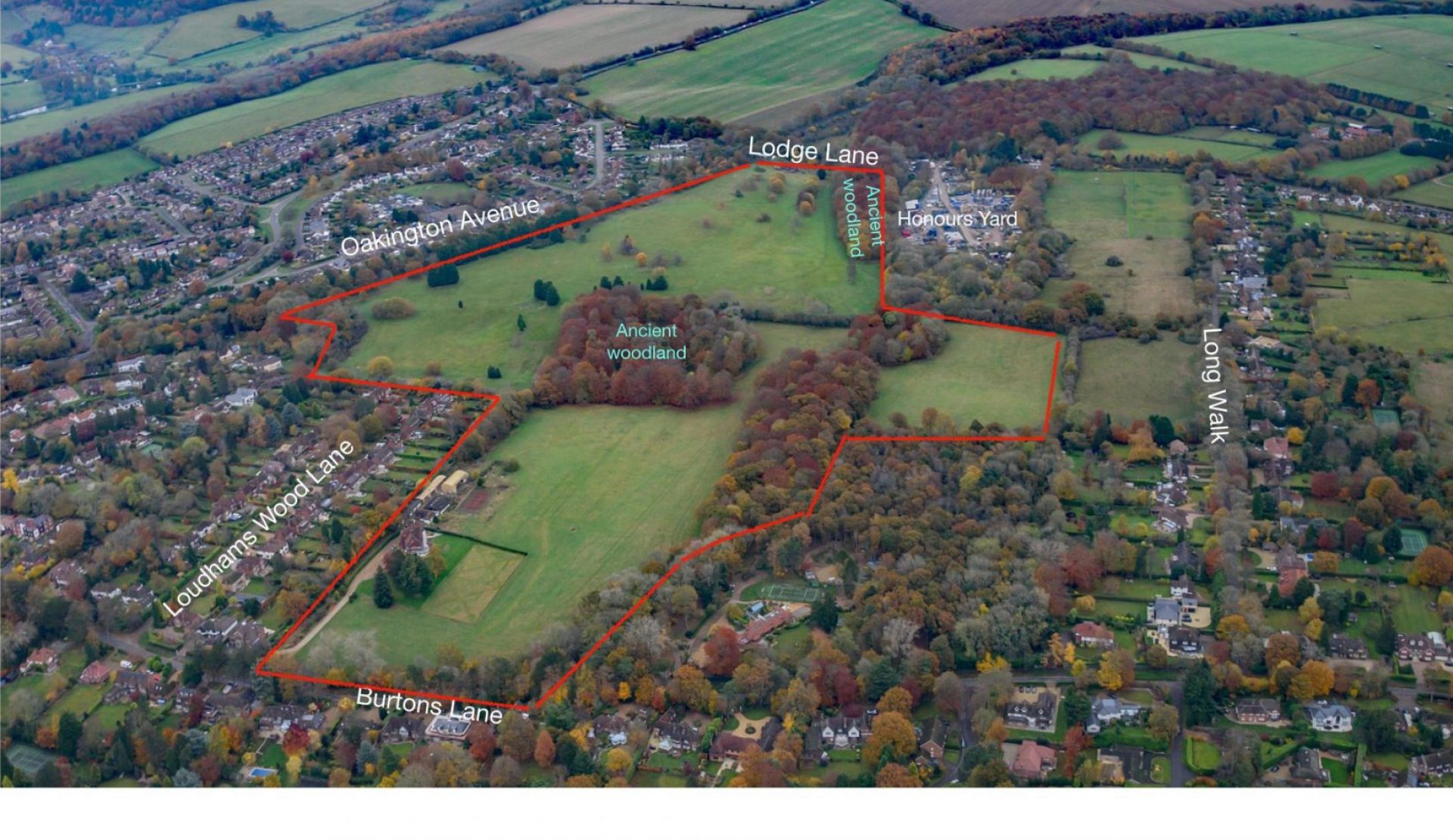 What is this all about?

Since 2015 the Coordination Group of the Parish Council and the Little Chalfont Community Association (LCCA) has campaigned, with massive support from Little Chalfont residents, to prevent a large development in the Green Belt between Lodge Lane and Burtons Lane.

A draft Local Plan published in 2019 by the former Chiltern and South Bucks District Councils proposed releasing the site from the Green Belt for construction of up to 700 dwellings and other facilities. Over the years when the Plan was in preparation the Coordination Group kept the community informed by leaflets and emails, and held nine public meetings to discuss how to respond to the Councils’ consultation process. The result was that out of about 2800 households in Little Chalfont, 1369 residents sent objections in response to the first public consultation, and 964 to a second.  The Coordination Group’s own final objection to the Plan, based on legal advice and accompanied by professional studies, can be found on this website under Archive (see Archive from 2018, then Draft Local Plan – Consultation Response – August 2019).

What is the new proposal we need to fight?

In the absence of a Local Plan allocating areas for development, would-be developers try their luck by making planning applications.  In July 2021 Biddulph (Buckinghamshire) Ltd and their associates used a leaflet drop and other publicity to announce their intention to apply in the autumn of 2021 to Buckinghamshire Council for permission to build a large development on the former golf course and Homestead Farm – an area of about 29 hectares within the larger site of 46 hectares proposed for development in the defunct Chiltern and South Bucks Local Plan (see above).

According to a preliminary document submitted to Buckinghamshire Council by the developers, they envisage that:

(In our view, since the site is almost virgin Green Belt and contains less than 1% built form, it is strange to describe this as a redevelopment.)

What are we doing about it?

UNTIL A PLANNING APPLICATION HAS BEEN MADE, THERE IS NO NEED FOR RESIDENTS TO WRITE TO BUCKINGHAMSHIRE COUNCIL.

The Coordination Group will lead the Parish Council and LCCA opposition to this project, drawing on our long experience of working to protect the site, but we are seeking more volunteers to help.  Leaflets, email and social media will be used to brief residents, a public meeting may be held when the time is right, and the maximum possible number of residents will be encouraged to send objections to the application if and when it appears. A full objection by the Parish Council and LCCA is already in preparation for use, with professional supporting material, when the time comes.  The following is an outline of our case so far.

Should we find other reasons to add to this list, for example information about alternative brownfield sites, an updated list will appear elsewhere on this website, and will be made available through all our communication channels when needed for responding to the anticipated planning application.

The six Buckinghamshire Councillors elected to represent parts of Little Chalfont have made a statement opposing the development proposal (see on this website under News – posted 9 August 2021) and are likely to support a campaign against it. That is good news. However, Buckinghamshire Council may still finally approve the application if they conclude that it is justified on technical planning grounds. Our job is to show that it is not.

Today, 21 April, the Strategic Sites Committee of Buckinghamshire Council voted unanimously to refuse the application. It remains to be seen whether the applicant will appeal to the Planning Inspectorate. ... See MoreSee Less
View on Facebook
· Share

The Strategic Sites Committee of Buckinghamshire Council will make its decision on the planning application on Thursday 21 April. The council's planning officers have recommended refusal. If the committee refuses the application, the developer can appeal to the government's Planning Inspectorate. Details on our website savelittlechalfont.org.uk ... See MoreSee Less
View on Facebook
· Share

The Parish Council / Community Association coordination group has read the the new documents submitted to the planning authority by the applicant in February. We are submitting a response on certain environmental points. A copy of our response will appear on savelittlechalfont.org.uk on 10 March. We see no need for residents to respond individually. ... See MoreSee Less
View on Facebook
· Share